Hinduism versus Sanatana Dharma : Which of the two words is correct?

Nowadays, the word Hindu Dharma is being used globally for Sanatan Dharma. But we all know it’s a wrong word. The Indian religion has been considered as ‘Sanatana’ by repeatedly saying Mahabharata “Ēṣa dharmaḥ sanātanaḥ.”

‘Hinduism’ is a term of the 19th century, when European scholars defined Indian religion in a very narrow sense. In the same period, Buddhism was separated, Jainism was considered as another religion, and even Sikhs were recognized separately. With the establishment of Arya Samaj, Vedic religion was limited to only four Vedas. Dayanand Sarasvati did not even consider the Brahmana Literature of it as a part of Veda, whereas in the 14th century Acharya Saayana had considered both Samhita (verses) and Brahmanas (commentary) under Veda.

The first branch of the Vedas

Upanishad texts were written as interpretations of a particular stream of the four Vedas. On the basis of these Upanishads, a stream of philosophical deliberations started which came to be known as Vedanta.

The Second branch of the Vedas

The second stream which was related to Yajna, worship etc. flowed as the stream of Agama. The language of this Agama-tradition became prevalent Sanskrit, which was spoken or understood by the general public in those days.

This stream of Agama later enriched the Puranas and Tantra literature. Bhakti-movement took place in this stream of Agama, in which Gorakhnatha, Ramanuja, Ramananda, Kabir, Ravidas, Tulsidas etc. became saints. These saints worked to unite the whole ‘Sanatana’ thought in totality. He worked to unite all the individuals of the society, for which he adopted a simple devotional method.

But in the 19th century, this second stream of the ‘Sanatana’ was completely demolished. Those who believed in Arya Samaj and Brahma Samaj became confined to Vedas and Vedanta only. The philosophy of both the Vedas and the Gita was considered the real religion and the Indian intellectuals also continued to support them.

They opposed worship, denouncing idolatry. As a result, more than 90 percent of the people in Indian society, who believed in the Puranas, worshiped idols – they were separated from the so-called real Indian religion.

If we continue to cut the branches of a huge tree, and in the end only its main stem survives with the root, then the condition of the tree will be the same as that of ‘Sanatana’ Dharma by the end of 19th century.

Situation brought about by Christian missionaries

This situation was deliberately brought about by Christian missionaries. Those who opposed the Puranas, opposed idolatry, opposed the Shabar mantras of the Nath sect, opposed the Tantra tradition, worked to prepare the ground for conversion to Christianity.

While we all know that the medieval religious movement also had two streams at the level of language. One stream was resorting to Sanskrit language while the other stream was through mother tongues.

While Ramanuja, Madhvacharya etc. were giving sermons in Sanskrit, then Vasaveshwara of the South, Gorakhnath of the North, Sarhapa etc. were speaking to the people in their folk languages, so that they could reach the general public.

“Don’t ask about caste, if you run to God, then go to God”

The so-called religion reform movement of the 19th century undermined the mother tongue. The Ramananda of the 15th century had said- “Don’t ask about caste, if you run to God, then go to God”. Were not their principles of Sanatan Dharma? Isn’t religion spoken in a language different from Sanskrit? Then on what basis was Sanskrit considered the language of religion? This concept on the one hand ruined Sanskrit and on the other hand damaged the pervasiveness of religion.

So I believe that today when we say Hinduism, it means a separation from Buddhists, Jains, Sikhs. So when we talk about Indian religion, use the word Sanatan for it.

Under this Sanatan Dharma, Vedas, Vedanga, Smriti, Agam, Purana, religious literature written in all vernacular languages and all the texts created in Sanskrit come together, which has had an effect on Indian society. In the following articles, we will see how the same principles have been originally formulated throughout this vast tradition. 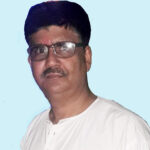 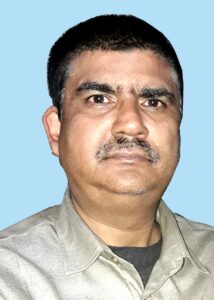